Paris by day, Paris by night, Paris remains the City of Lights, stone, fashion and food. A whole world to discover in this eternal source of inspiration. Paris is an endless novel where over the centuries, tens of thousands of hands took turns to weave the legends of this capital and to build twenty districts, each as a separate village, with its own lifestyle, architecture and universe. The Sorbonne district in the Latin Quarter has nothing in common with the Place des Vosges. There is no comparison between the bohemian Montparnasse and the pleasures of Montmartre…

But everything starts with Paris. To be a Parisian does not mean to be born in Paris, but to embrace the unique lifestyle of the City of Lights. 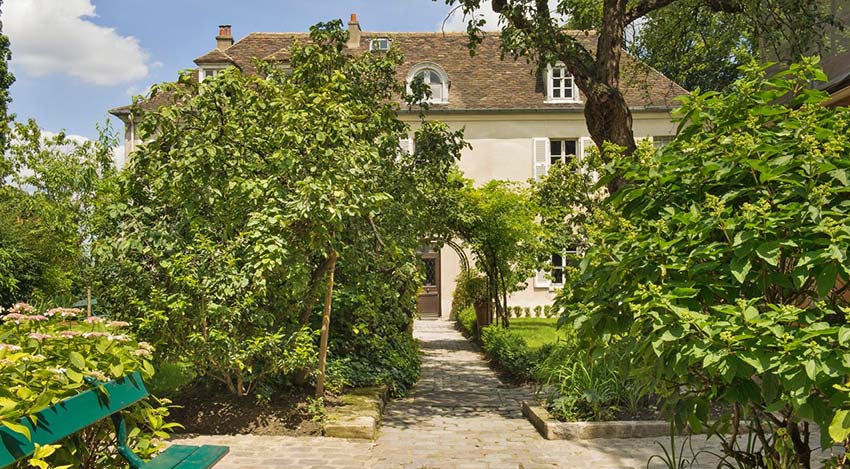 Discover the secrets of Montmartre

8 hours Departure from your Parisian residence 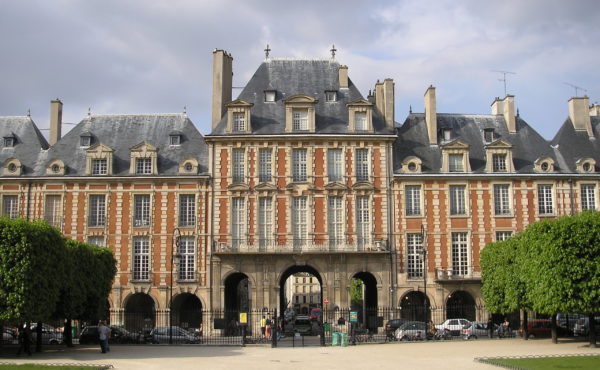 Explore the famous places of Paris

4 hours Departure from your Parisian residence

Normandy, a land of history and tradition, has an impressive number of major historical sites: Bayeux, the stronghold of William the Conqueror; the Allied invasion on D-Day and its memorials; the Mont-Saint-Michel, where the white cliffs of the Alabaster coast come to an end, and Rouen, the city of hundred bell-towers, tucked into the curves of the meandering Seine River, where Joan of Arc died. Normandy has managed to preserve an important cultural, gastronomical and architectural heritage. It is also, with the D-Day landing beaches, a living memory of the Second World War: Arromanches, Colleville-sur-Mer, Omaha Beach, La Pointe du Hoc, Sword, Juno and Gold, and their dedicated memorial sites. Normandy offers also the charm of small and typical fishing ports like Etretat, Honfleur and Deauville, that inspired the Impressionists in the nineteenth century. And of course, Claude Monet’s fabulous house and garden at Giverny. 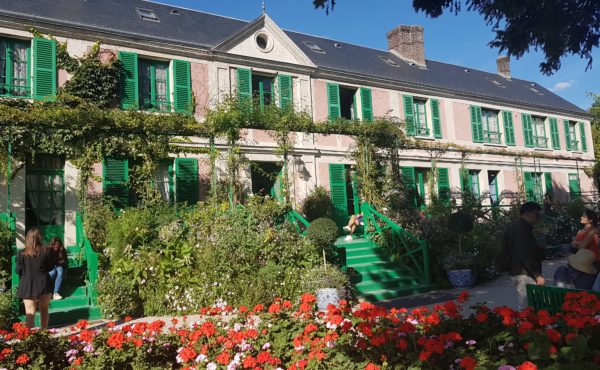 An encounter with Claude Monet and his intimate universe 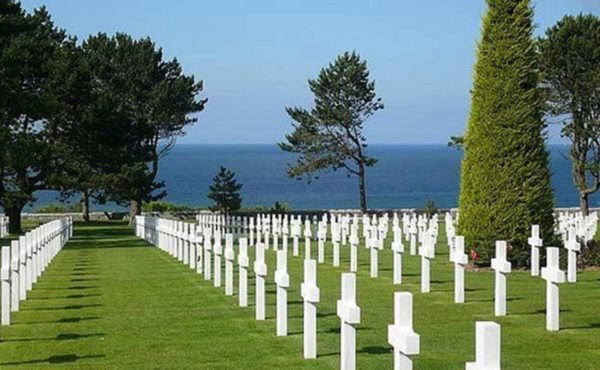 In olden times, Champagne accompanied the crowning of French Kings. Often imitated, the official nomination Champagne remains highly protected, and no wine made outside the region can carry its seal. Planted on limestone and chalk slopes, the Champagne vines are divided in five major sectors: the hill of Reims, the valley of the Marne (from Épernay to Dormans), the Côte des Blancs (from Bergères-lès-Vertus to Épernay), the Côte de Sézanne and the Aube area around Bar-sur-Seine and Bar-sur-Aube. The Côteaux Champenois are white, red or rosé non-effervescent wines, produced from three varieties of grape (pinot noir, pinot meunier and chardonnay).

The Champagne or Champagne tradition label guarantees that the Champagne has been produced by assembling exclusively the wines from these three regional types of grape. Passages Secrets opens the doors to the domains that have made this exceptional region renowned in the world.

We would like to thank the Champagne Houses Philippe Martin, Jacquinot, Launois and Veuve Clicquot/Leif Carlsson, Château de Sacy and Royal Champagne, who have supported the development of Passages Secrets thanks to the images they have provided us. Photo Credit. 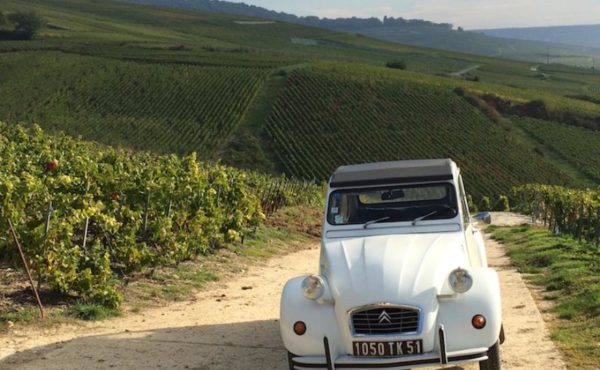 A scintilating experience, a genuine day in Champagne 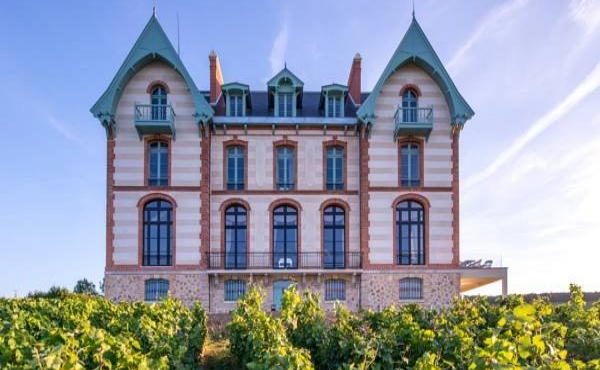 Wander in the heart of the gardens of Divine Delights

The Loire Valley, a Unesco World Heritage site, is known as The Garden of France. The region has around thirty castles, which during the Renaissance, in the fifteenth and sixteenth centuries, were the favourite residences of the kings of France, at a time when the political power was on the banks of the Loire River.

France takes huge pride in this emblematic and symbolic landmark, which for centuries, has held the biggest concentration of stories and legends from the nation’s history. In the old days, it was the bastion of La Gaule, was the scene of many great battles, and was the region of the 1789 counter-revolution. It was also a major centre of the French Resistance during the Second World War. This journey is a unique opportunity to immerse yourself in the Loire Valley, which is at the heart and at the crossroads of all the stories constituting the rich history of the French nation, symbolised by its castles.

We would like to thank the National domains of Chambord and Chaumont, who have supported the development of Passages Secrets thanks to the images they have provided us. Image on the right: ©marc-jauneaud; below: Chambord © Sébastien Rio.

A Trip to the Loire Valley

Provence benefits from rich and varied countrysides enjoying an exceptional climate and the Alps that roll down to the Mediterranean. This region has managed to retain a uniquely diverse character. To the East, the French Riviera. This mythical Mediterranean coastline goes from Nice to Saint-Tropez extending to the port of Marseille. In 1910, Grasse became the worldwide capital of perfume. To the North, the snow-caped peaks of the Alps run all the way up to the majestic Mont-Blanc. Between these summits and the Big Blue lie the fields of flowers which made the renown of the perfume industry of Provence and inspired painters like Paul Cézanne, Vincent Van Gogh and Marc Chagall.
Towards the centre, Provence shelters the vineyards that bring us their finest wines. Châteauneuf-du-Pape and Gigondas are the undisputed flagships of French wine envied the world over. Join us in a quest to discover Provence’s culture, accompanied by our Ambassadors who will reveal the regions’ most beautiful stories to you. 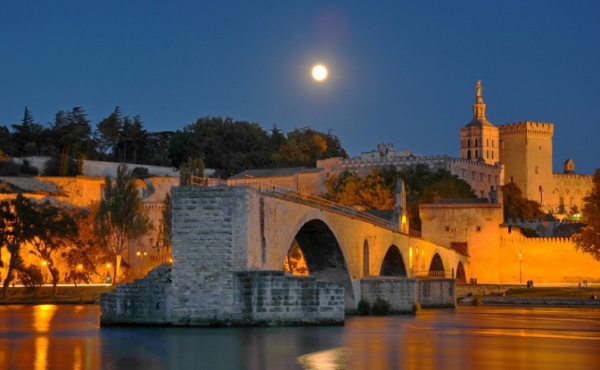 Journey to the sound of crickets and the pleasures found in Avignon, Châteauneuf-du-Pape, Gordes and the Mont Ventoux

5 Days Departure from your Parisian residence

Limousin is a rural and industrial region in South West France. With the development of pilgrimages and the economic boom of the late eleventh century, the numerous abbeys in the area grew in size and new religious orders were established. The important ninth century Saint-Martial abbey made Limoges a centre of power in the Middle Ages. This region has an incredible number of historical sites and is endowed with a world-famous industrial heritage (porcelain, enamel, tapestry, slate, tile, glove-making…). Limoges, the capital of French porcelain, is known as the City of the Arts of Fire, due to its porcelain kilns, enamel and stained-glass workshops. The Limousin region is also known for its luxury and haute-couture industries. For several generations numerous jewellery, glove-making, leather goods, saddlery, hatters, furniture, design, tapestry and woodworking companies have been established in this region.

Limousin is unique in the world, celebrated for its rare know-how, unrivalled craftsmanship and pure materials.

We would like to thank the Houses La Chapelle Saint-Martin, Agnelle, Bernardaud, Chamberlan, Haviland and  the Domaine des Etangs, who have supported the development of Passages Secrets thanks to the images they have provided us. Photo Credit. 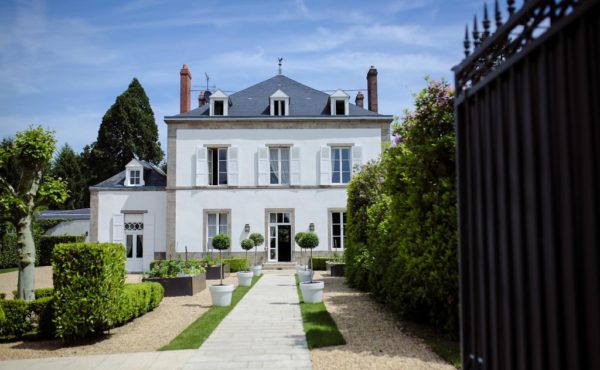 Limousin, a voyage to a green land of discreet luxury

Brittany is a peninsular on the extreme West coast of France. It represents the French region benefitting from the longest coastline (more than 1,100 km), running from Cancale to Pornic. Brittany, the land of legends, was the birthplace of Jacques Cartier, who opened the North American continent to France in 1534. Great intellectuals like Châteaubriand and Maupertuis crossed paths with pirates such as Magon de la Lande, who was Louis XV’s corsair and who became Director of the powerful French West India Company. Other buccaneers grew up in this area and gave it a reputation that sounded like the worst of curses. Surcouf, one of the richest shipowners and the last of the corsairs, was always ready to fight to bring wealth back home to France. This Atlantic coastal region also sent its strongest men to fish cod in Newfoundland, and the memories of the long-distance captains are still recounted behind the thick walls of the last few malouinières, the corsairs’ beautiful manor houses. 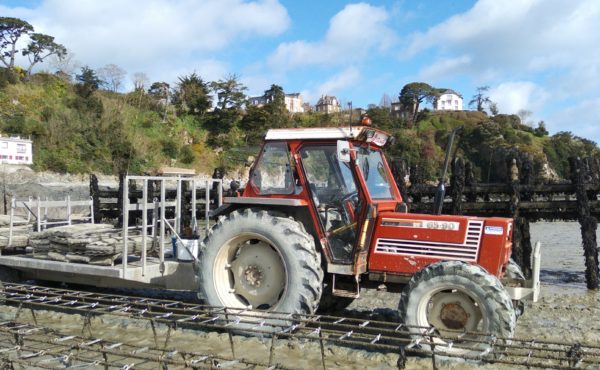 5 days Explore Birttany in the country of Clos Poulet

Situated between land, rivers and ocean, the Bordeaux region, world-famous for its great wines, conceals cultural riches that go far beyond its vineyards. This emblematic terroir of south-western France boasts a history of over two millennia. As early as the 3rd century B.C. “Bordeaux” entered history under the aegis of a Gallic tribe. It is at the very same time that its first vineyard was created. Today many are the markers of an ancestral history rich in twists and turns. Its wines and gastronomy, its listed towns and villages, its castles and grandiose estates, its ancient churches and abbeys, and finally its beaches and spectacular dunes are the incarnation of a heritage as particular as it is varied.
This tour promises a harmonious balance between the discovery of vineyards and old stones, invitations to relaxation and well-being and invigorating and gourmet sessions. An experience to be lived by body and mind!

We would like to thank the InterContinental Bordeaux, les Sources de Caudalie, La Maison d’Estournel, le Château Coutet, le Château Beychevelle et le Cos d’Estournel, Sophie Dubosc- photographe, who have supported the development of Passages Secrets thanks to the images they have provided us. Photo Credit.
Picture below: Nature_vines_MCellard©.

A journey in the beautiful region of Bordeaux

This website uses cookies to improve your experience while you navigate through the website. Out of these, the cookies that are categorized as necessary are stored on your browser as they are essential for the working of basic functionalities of the website. We also use third-party cookies that help us analyze and understand how you use this website. These cookies will be stored in your browser only with your consent. You also have the option to opt-out of these cookies. But opting out of some of these cookies may affect your browsing experience.
Necessary Always Enabled
Necessary cookies are absolutely essential for the website to function properly. This category only includes cookies that ensures basic functionalities and security features of the website. These cookies do not store any personal information.
Non-necessary
Any cookies that may not be particularly necessary for the website to function and is used specifically to collect user personal data via analytics, ads, other embedded contents are termed as non-necessary cookies. It is mandatory to procure user consent prior to running these cookies on your website.
SAVE & ACCEPT
Social media & sharing icons powered by UltimatelySocial